A hair transplant is a medical procedure performed by a licensed physician in which excess hair follicles in the back and sides of the head are transferred to thinning and balding areas in the front and top of the head. These follicles take root and hair actually grows in their new locations. There is no need for medication or maintenance of any kind. It’s just your “living” hair growing as it did before you lost it.

A Brief History of hair transplants

It all started in Japan…

The story of hair transplantation begins circa 1939 in Japan where early pioneer Dr. Shoji Okuda performed the first known punch graft harvest experiments. (1) One can only speculate the potential ridicule this pioneer faced just after performing his first test grafts.

This is because it takes about 4 months for the first sprouts of a hair transplant to grow, so he and others must have thought the experiment to be a failure by the end of the first month or two. However, by the fourth month he must have been elated to see that his theory worked. And while an industry was born, it took years for it to become recognized and respected as a viable hair restoration treatment (3). 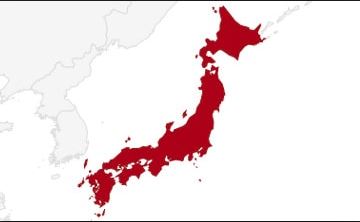 It all started in Japan

And restarted in New York…

By 1959 an American dermatologist and pioneer Dr. Norman Orentreich not only began performing and studying the hair transplant procedure out of his NYC office (2) but started offering it as an actual treatment for hair loss to his patients. This was yeoman’s work and something for which Dr. Orentreich should be commended.

His procedure, however, was crude by today’s standards. And while effective the results were often referred to as having a “pluggy” look or having produced a “dolls head” appearance. In many cases patients suffered such an unnatural result that they needed corrective surgery or became chronic hat wearers.

Change was clearly needed and by the late 1980’s major improvements had finally come. Almost overnight the plug procedure was overthrown for the more technically demanding but far superior Strip Procedure. Like the plug procedure it started out small and slow but quickly grew to worldwide acceptance. To this day Strip procedure, also known as Follicular Unit Transplant (FUT procedure), is considered the Gold Standard in hair transplantation.  Every other variant of hair transplantation is compared to this standard. This includes the Follicular Unit Extraction (FUE procedure) and the Non Strip Transplant (NST procedure).

(3) In fact the procedure Dr. Okuda actually invented was FUE-Follicular Unit Extraction (Excision), and to an extent what would be called the “Plug” procedure. But it would take decades for them to be rediscovered.