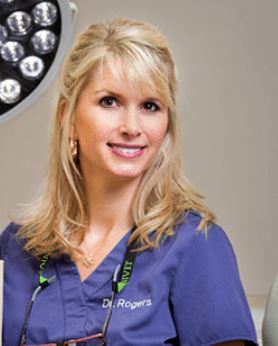 Article: Topical Finasteride: To Use or Not to Use

Dr. Rogers offers us a review of literature of Lee, S.W. et al. from Systematic review of topical finasteride in the treatment of androgenetic alopecia in men and women, Journal of Drugs in Dermatology, 2018, 17:457-463.

The researchers searched Pubmed, Medline, Embase, PsychINFO, and the Cochrane database for human in vivo typical finasteride treatment. In the end the following was utilized:

RCT of 28 males and 24 females treated with topical finasteride vs. placebo for 16 months

Conclusion: 73% of the finasteride group had MODERATE effectiveness.

70% of the placebo group had zero to slight effectiveness.

RCT of 38 males treated for 6 months and groups were divided as follows:

Utilized a mixture of Finasteride,dutasteride, and minoxidil in 15 male patients.

Conclusion: Hair counts improved in both groups, but were significantly improved only in the Minoxidil + finasteride group.

RCT of 23 Males using topical finaseride twice per day vs. oral finasteride once per day. After 7 days of treatment plasma testosterone levels and DHT levels were assessed.

Once daily oral finasteride-       50% decrease from baseline in scalp DHT.

Conclusion: 85% of those immediately continuing the topical combination maintained

80% of those taking a break maintained good hair density.

Many thanks to Dr. Rogers for going to the effort to present this information. She did a great job in taking a big subject and making the salient issues comprehensive. Personally, I never thought much of the efficacy of topical finasteride, but her literature review article completely changed my mind about it. That said, I have never been a fan of products like finasteride and still am not despite the evidence that it does indeed have efficacy when used topically.

As physicians we are sworn to do no harm. To my mind finasteride is a hormonally active drug and therefore likely has much farther reaching consequences than, say, a proven blood pressure medication. I harken back not to medical school for this view, but rather all the way to 8th grade biology where I first learned about homeostasis-particularly of the endocrine system.  A little pressure in one part of the system causes a corresponding effect in one or multiple other parts of the system which may ultimately be detrimental to the body as a whole. The dynamic balance of our hormonal system is miraculous, and the multiple variables (likely in the thousands if not hundreds of thousands) have yet to be identified. So to purposefully affect DHT, a hormone, in the name of hair hardly seems worth the risk.

When analyzed scientifically I stand by the above. However, hair transplant surgery, like so much of medicine, is also an ART. And it is through this lens that I view finasteride- both oral and topical. As such I give my patients the option to use it, but only after I’ve given them complete informed consent. And even then I only give it for one year. I will not keep refilling year after year because they may fail to tell their own physician that they are on the medication and thus may keep taking it even if they medically shouldn’t. This is the case of too many chefs spoiling the broth. A year is more than enough time for a patient to meet with their doctor and have that doctor take over by renewing prescriptions annual. To me, this is responsible medicine.

I do have questions about the information offered in the article. If finasteride is a DHT blocker, meaning the receptors on the cells of hair follicles are competitively inhibited by the drug, then should not the serum levels of DHT increase, not decrease  as seen in studies 5 and 6 above? If there is a feedback mechanism that shuts down DHT production I am unaware of it. And if it exists, wouldn’t it be better to focus on this more proximate producer of the “evil” DHT rather than waiting until it actually reaches the follicles ?

Two of the studies claimed no sexual dysfunction was associated with the studies. I find this hard to believe. In fact, I don’t believe it. At least a third of the patients who have told me during consultation that they have taken finasteride complained of sexual dysfunction. Three were even suing the company for permanent impotence or partial impotence. The number one reason patients visiting for consultation who had tried and quit finasteride was because it simply didn’t work. The next ranked reason was that it caused noticeable and undeniable sexual dysfunction. Thankfully all of them stated they made full recoveries, but each of them wished they had never tried it. It is because of patients like these that I choose not to play Russian Roulette with their bodies and caution all hair loss sufferers to really think hard about using finasteride. I am a hair loss sufferer myself and do not use these products.

Again, many thanks to Dr. Rogers. I look forward to more articles by her in the future.