Before and After hair transplant with Dr. Scott Alexander-Arizona

It’s been a long winter and you are more than just a little bit sun-starved. So as the weather warms up you decide to spend the day outside enjoying a few fun games of tennis. As you start to pack up your gear and head to the car you realize that the top of your head feels like it’s burning a bit. 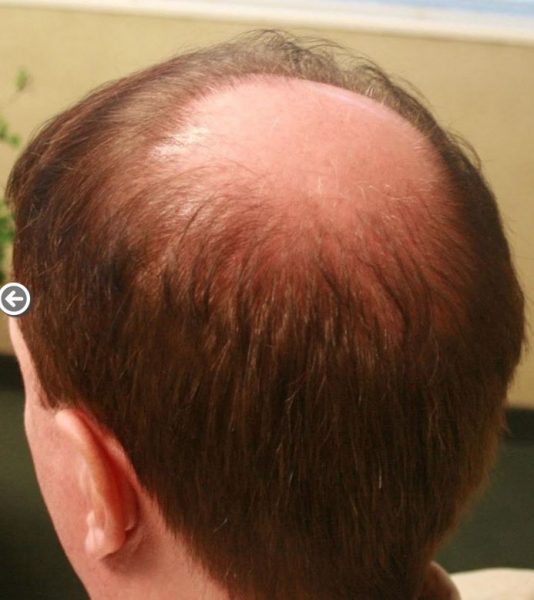 You ignore it and go about your day. The next day you look awkwardly into two mirrors to find that the skin of your bald spot is bright red. “Oooops”, you say to yourself, you spent too much time outside under the sun without a hat and this sunburn is the result. Not only does the burn sting, but it makes you pay more attention to your bald crown than you usually might, and so you decide once the redness goes away you’ll seek out the services of a hair transplant physician.

One of the most common types of baldness is in the crown. Because it’s in the back of the head and not easily seen by the sufferer it is conveniently “put out of mind”. But sunny days like the one described above may affect millions of men including the man shown in this presentation who was a patient of Dr. Scott Alexander of Arizona. Since he had the front and most 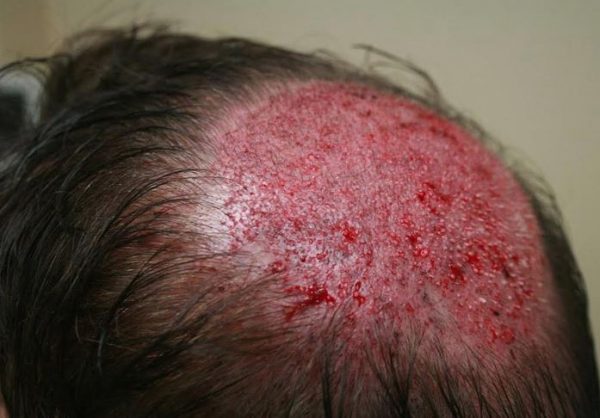 Just at the end of the Hair Transplant Procedure

of the top of his hair the bald spot didn’t really concern him too much, but ultimately he decided to visit with a surgical hair restoration expert to discuss his options. It didn’t take Dr. Alexander long to figure out what needed to be done and formulate a plan. And because Dr. Alexander is an 18 year veteran hair transplant surgeon he knew he could cover that bald crown in just one sitting.

In the before photo you can see the crown was totally bald despite the fact that the front and top were well covered. Notice that he could not part his hair in the before photo. This is simply because he had no hair in the crown to do so. Now look at the intra-operative photograph. Dr. Alexander implanted follicular units (not plugs or minigrafts) into the crown at specific angles and densities such that the final result would be as thick and natural looking as possible. And sure enough, when you look at the after photo 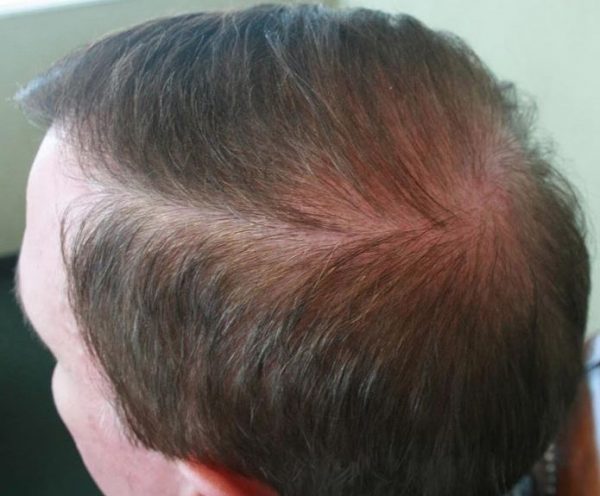 After Hair transplant with Dr. Alexander

he succeeded in making an undetectable recreation of the crown hair along with the ability of the patient to now part his hair from left to right. This is a premium hair transplant surgery that few physicians can match, much less on regular basis as Dr. Alexander does.